Arab culture dates back thousands of years and holds some of the most spectacular and colorful achievements and creativity in the history of the world. Since times of war and peace, creating literature and exploring science, developing the beautiful Arabic language, and paving the way for modern medicine; Arab culture has a lot to be proud of.

Arab culture remains one of the oldest cultures in the world, with a long and vibrant history across a variety of colored lands. It is important to note that although there are elements that have remained strong after thousands of years, the culture as a whole will always change to suit its times and societies; as did Arab culture.

While this is largely stereotypical and grouped into categories, which is really vibrant and varied, Arab culture can pretty much be categorized into different areas of the Arab world. Arab North Africa shares some cultural similarities, as does Arab culture in the Levant and Arabian Peninsula regions. Arabic literature emerged around the 6th century, with poetry and storytelling mainly transmitted orally before the

Leading Arabic literature began to appear around the 6

Before Islam, poetry was one of the main means of communication for Arabs

Before the advent of Islam and the growth of writing, poetry was one of the main means of communication for Arabs. Whether it is conveying stories or the latest news, communication over long distances has often taken the form of spoken poetry.

A series of seven epic poems by different authors is perhaps one of the most important works of literature in Arab culture before the Qur’an. A captivating expression of the beauty and depth of Arabic poetry, this should be a must-read for anyone interested in Arab culture and literature.

The Koran had one of the greatest effects on Arabic literature and calligraphy Coming from the Koran, the Islamic holy book, many Arabs who became Muslims then learned to read and write to understand the Koran. This has led to an increase in the consumption of written literature and Islamic calligraphy, which is still valued today.

Perhaps one of the most famous folk tale series from the Middle East, “A Thousand and One Nights” is a collection of adventurous and colorful tales from Iraq. Some of the most famous stories in this collection have been parts of Western culture, such as The Adventures of Aladdin and his Magic Lamp, and Sindbad the Sailor. 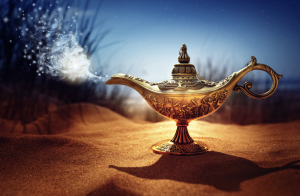 Arabic music was strongly centered in the city of Cairo, which has long been the cultural heart of the Arabs.

Often characterized by an emphasis on melody and rhythm rather than harmony, music is the most charismatic part of the culture. Although it varies depending on region and Arab society, Arabic music has a long history that links poetry to dance.

Arabic folk dances are also an important aspect of culture, just like any other culture. the

Arab Weddings Will Always Include A Huge

Arab generosity and hospitality remain fundamental elements of this beautiful culture one thing that almost everyone notices about Arab culture are the generosity and hospitality of Arabs towards foreigners. It is not uncommon to see Arab families rushing to invite strangers for tea or a meal if they are traveling, with an extra chair available for those who want to experience this beautiful culture, and these people