Home » Having the tallest building in the world, these are 6 interesting facts about the United Arab Emirates

Capitalized in Abu Dhabi, the United Arab Emirates (UAE) is a developed country on the mainland of the west Asian continent which is the prima donna of world travelers. The existence of the tallest skyscraper in the world today is one of the charms of its extraordinary tourism.

For those of you who haven’t had the chance to visit this hot and humid subtropical country, let’s first take a look at some interesting facts. The UAE has just celebrated its 49th independence day, you know.

Prior to becoming a state, the Kingdom of Great Britain had the authority to maintain security and affairs in the mainland areas along the Persian Gulf.

However, in the 20th century, precisely on December 2, 1971, several emirates or states in the Persian Gulf decided to form a country called the United Arab Emirates. That’s why, last December 2, the UAE has just celebrated its 49th National Day. 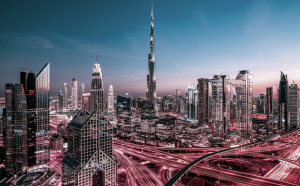 For those of you who don’t know, etymologically emirate means the government or territory of an emir. Emir itself is the title of a noble, can also be interpreted as a prince, leader, or general in the countries of the Middle East and North Africa.

Believe it or not, the majority of the population living in the UAE are foreigners, which is about 88 percent. These migrants are mostly nationals from Pakistan, India, Bangladesh, Sri Lanka, and a small part from the Philippines and Iran.

However, because it was under the rule of the Kingdom of Great Britain, English became the main language used in conversation after the official language of the country, namely Arabic.

4. To become one of the largest petroleum exporting countries in the world

The UAE’s economy is heavily dependent on petroleum exports. Judging from data on the world’s largest crude oil producer in 2019, reported by Forbes, the UAE ranks 7th with total production reaching 3.4 million barrels per day.

Meanwhile, in Middle Eastern countries, the UAE ranks third after Saudi Arabia and Iraq, competing with Iran in fourth place.

For this reason, the UAE has transformed from a small country in the dry and barren Persian Gulf region into a wealthy country with a high level of the economy. In addition to relying on oil production and exports, tourism in the UAE is also the country’s largest foreign exchange earner.

5. A  national landmark based in Dubai

Although the capital city is Abu Dhabi, Dubai is the largest city in the UAE. Apart from being one of the largest shopping malls in the world, Dubai is also home to the UAE’s landmarks and other iconic buildings.

The most famous of course is the Burj Khalifa, the world’s tallest building with a height of 828 meters. There is also the Dubai Frame, where you can see a portrait of the city of Dubai in the past, present, and future. In addition, there are also Palm Island, Dubai Creek Harbour, The Beach Dubai, and The Pointe Palm. All cool!

Still in the city of Dubai, it turns out that you can not only find magnificent iconic buildings, you know. If you want to experience an authentic traditional feel, there is an abra or water taxi that looks like a boat and is made of wood.

Abra can take you across the waters around Dubai from the available piers, such as the Dubai Canal, Dubai Creek Harbour, or Souk Madinat Jumeirah. Reportedly, this abra ride only costs 1 AED or the equivalent of IDR 3,800. Wow!

Well, those are some interesting facts about the United Arab Emirates. Are you interested in traveling here, guys?