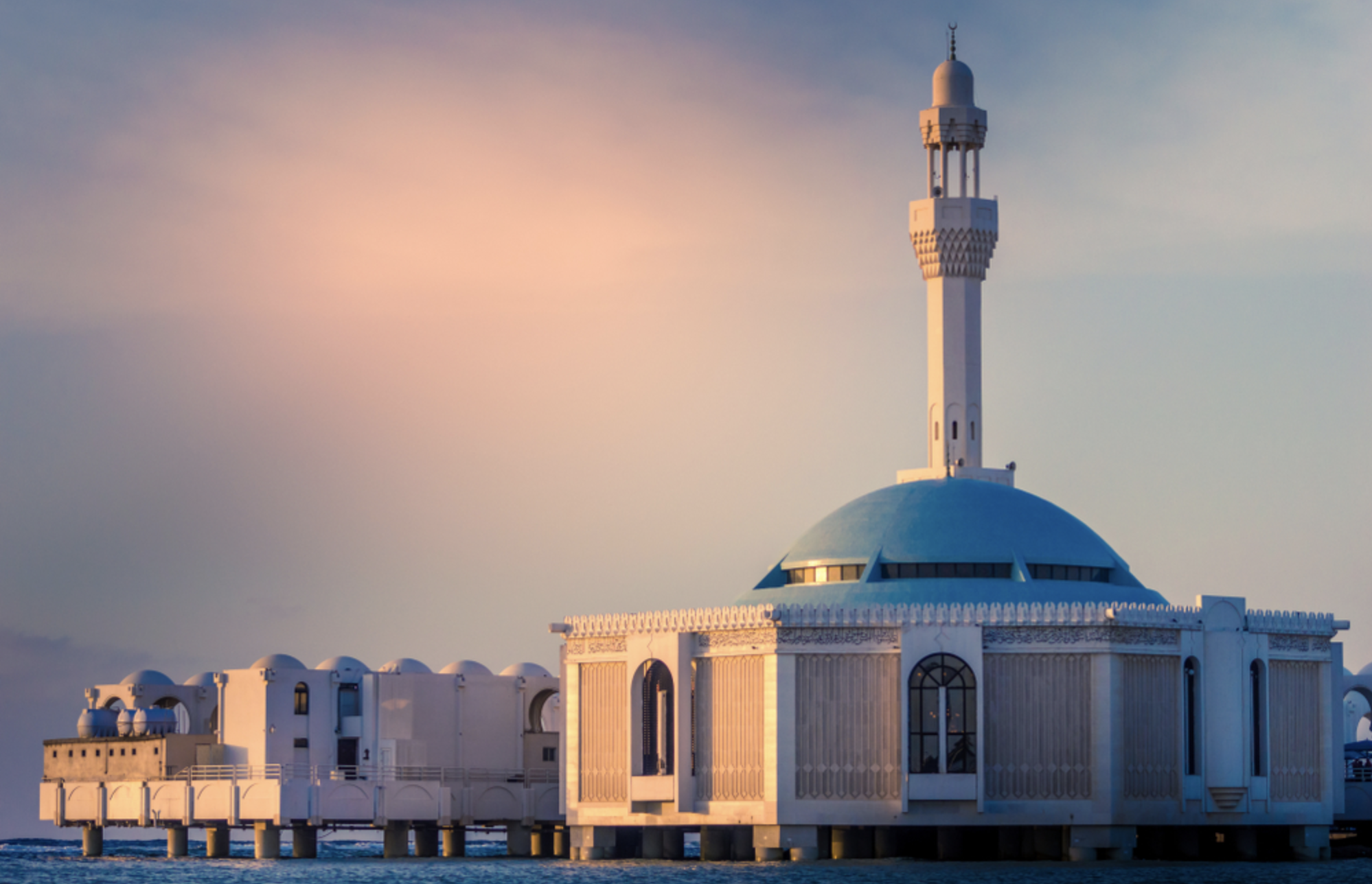 The Red Sea Floating Mosque is one of the favorite destinations for Hajj and Umrah pilgrims from Indonesia. Actually, there is nothing special about this mosque which is located on the edge of the red sea other than the beauty of the building. The rest, this mosque is not related to Islamic history or the rituals of Hajj and Umrah. 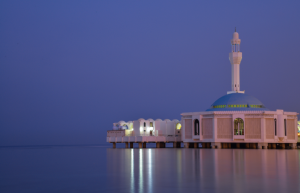 History of the Floating Mosque

this mosque was named the Fatimah mosque. Over time, many pilgrims call it the Fatimah Az-Zahra Mosque, the name of the daughter of the Prophet Muhammad

Finally, the government of Saudi Arabia changed the name of this mosque to Masjid Arrahmah to this day to avoid misunderstanding.

Location of the Floating Mosque

The Floating Mosque is located in the Corniche Jeddah area, a new area developed by local authorities as a tourist area along the Red Sea coast.

The city of Jeddah itself has been established since before Islam, but the starting point for the rapid development of this city occurred during the reign of Caliph Usman Bin Affan.

In 647 AD, Caliph Usman was the first to make the city of Jeddah an international sea port city for pilgrims who came from all over the world, making Jeddah the main gate for prospective pilgrims to go to Mecca and Medina, hence the city of Jeddah also earned the nickname as the “gateway to the two unclean lands”.

It is said that the city of Jeddah is the final resting place of Siti Hawa, the wife of the Prophet Adam, so Jeddah itself is often interpreted as ‘grandmother’ in relation to this history.

Siti Hawa’s tomb is located in an ancient cemetery in the center of Jeddah. This tomb is known as Moqbara Umna Hawwa (the tomb of Eve’s mother).

The government of Saudi Arabia has transformed the coastal area of ​​the city of Jeddah overlooking the Red Sea into a new city area known as the Jeddah corniche.

The word Corniche comes from the French route corniche which means a road on a steep edge. But then the word corniche itself shifted its meaning into a wide-open area on the edge of a body of water. There are many places like this that are famous including the Corniche of Beirut in Lebanon, the Corniche of Alexandria in Egypt, and of course this Corniche of Jeddah.

The Ar-Rahmah Mosque is not the only mosque in the Corniche area of ​​the city of Jeddah. But there are several other, smaller mosques built along the coast as religious facilities for any Muslim who is in the area. Among the mosques are the Island Mosque, the Ruwais Mosque and the Kurnis mosque, all of which have won the Aga Khan Award of Architecture.

The Floating Mosque has dimensions of about 20 x 30 meters. The inside of the mosque is decorated with many calligraphy writings. Not only the Floating Mosque that can be enjoyed, but the water of the Red Sea is also a favorite object of the congregation.

At dawn, the mosque looks amazing, where the still very dim sunlight becomes the background for the mosque with the lights that look sparkling. Meanwhile, its position right on the coast of the Red Sea makes the atmosphere of the Floating Mosque feel pleasant at night.