Home » What does the Arab world have to offer us? 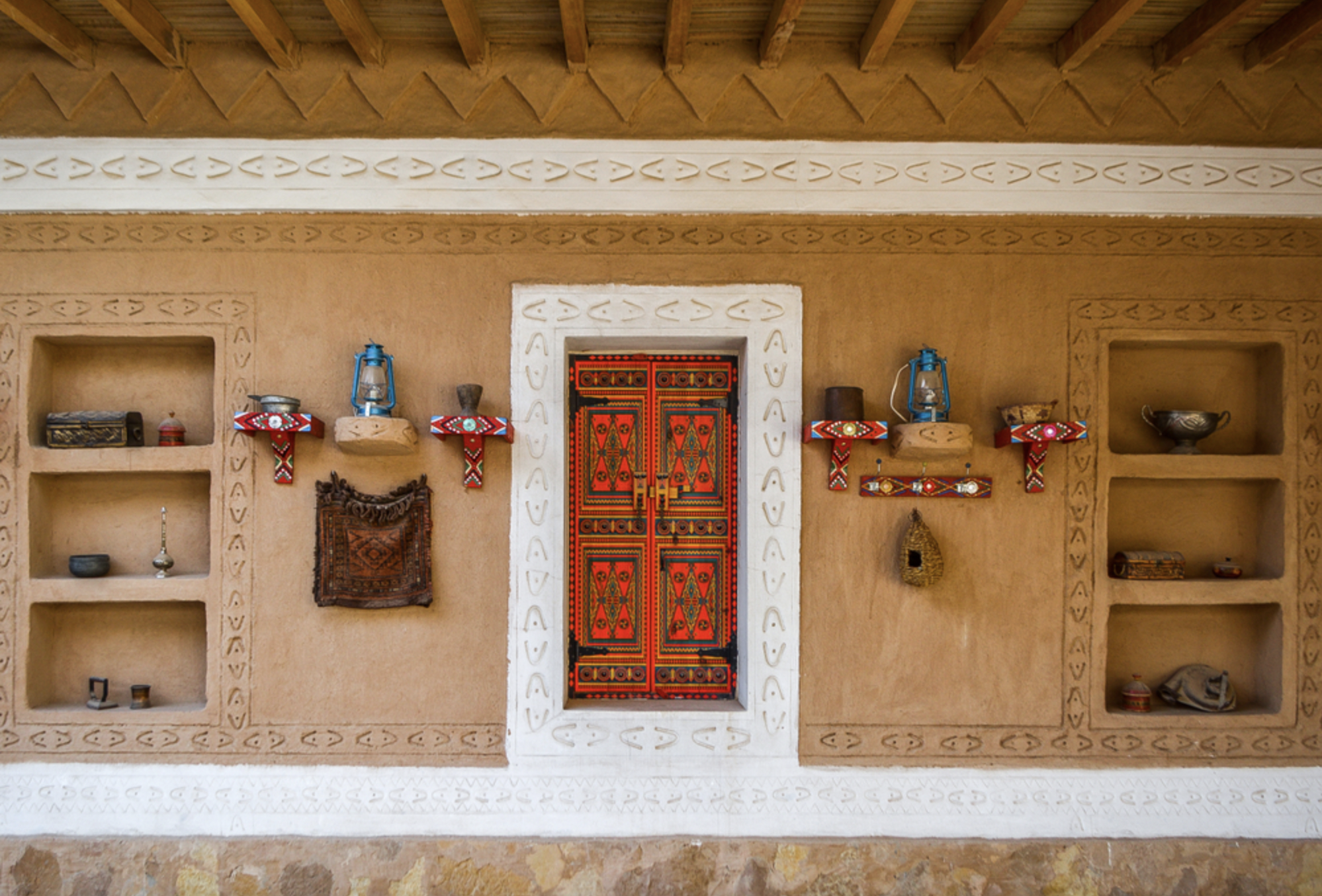 Arab culture often boils down to vague knowledge, some vacation memories, or quite simply prejudices.

However, thanks to a strong identity, on many levels (grammatical, religious, tourist, etc.), the Arab countries have wealth in them.

A wealth that would almost make you want to learn Arabic, and immerse yourself in the language, full of cultures and discoveries in perspective.

For example, the Kayak site tells us that two cities in the Arab world are part of the ranking of favorite destinations for the French. A figure which, if it is symbolic, illustrates the interest we have in these regions.

What words of Arabic origin are used in French?

We do not necessarily realize it, but the Arabic language has conditioned our dictionary in a considerable way. Indeed, many words, which one did not necessarily suspect, originate from Arab culture. 5% of our vocabulary is taken from it, to be exact!

Originally, the Arabic language spread worldwide, because Islamic civilization experienced a strong expansion in the 7th century. Little by little, the grammar, the vocabulary, and the dialect extensions were formed, giving what we know today: a strong language and founder of the history of the world.

Arabic dominated the West until the 13th century in many areas, but it was colonization, migrations, or even literature, which gave the language its essential character.

Everyday terms are taken from the Arabic translation such as cup, coffee, sugar, orange, or even decanter, candle, guitar, number, or cotton. The words of Arabic origin have established themselves in all fields, from music to fashion, through mathematics.

We have therefore witnessed Arabic writing mixed with a phrasing that now affects us all, and which forms the basis of our daily lives. Dailies have also been influenced by the overall Arab culture, especially tattoos.

Arabic tattoo: should we take the plunge?

Beyond being a trend, the tattoo is also a symbol, a tool of struggle, or a means of expression more and more used by the French.

The Arabic tattoo originally had a cultural significance, used to mark the transition from adolescent to adult life over three millennia ago. A symbol that marked the origin of a person, the community.

More than a simple ornament, what it represents is therefore decisive in a person’s life, even today.

Whether we decide to place it on the hip, on the armor on the scapula, a tattoo is something that we keep, that defines us from near or far. Inspired by this beautiful Arab culture, he will participate in the recognition of an environment, a language, and a distinct community.

But what are the most common Arabic tattoos? In absolute terms, if learning Arabic also involves culture, some models are used more than others. We could in particular quote the inspiring sentences, the prayers, or the dates of birth, which are causing more and more sensation in the West.

The reason is simple: beyond the meaning, aesthetics and Arabic calligraphy are very popular nowadays, especially by stars, who do not hesitate to have their child’s date of birth tattooed, or even the translation of a proverb. This is particularly the case of Selena Gomez, Angelina Jolie, or Zlatan Ibrahimovic.

Symbol of Arab culture, the tattoo does not dethrone the history of the world, the Muslim and Arab world or even the buildings built in the Maghreb as in the Middle East.

The 10 most beautiful monuments in the Arab world!

We will never stop repeating it, but Arab culture, beyond its Arabic words, its Arabic alphabet, its Arabic keyboard or its Arabic grammar, is a real breeding ground for history.

The most beautiful monuments of the Arab world, which give full meaning to the history of the Maghreb countries, the Middle East, and, more generally, to buildings such as the Institute of the Arab World, a stone’s throw from the Sorbonne.

The latter is also one of the most beautiful buildings in the Arab world, even though it is located in Paris. A way to make a French Arab world and make Islamic art accessible without going through Beirut or Mecca. Modern and contemporary in an art museum for an ancestral culture, we validate the idea, thank you, Jack Lang!

While the Muslim religion has rocked current constructions a lot, Westerners, orientalists, and North Africans have been able to build and understand a marked identity. An identity to which we are attached, especially for tourism.

This is the reason why the pyramids of Egypt or the Egyptian Museum in Cairo are places prized for their cultural qualities. We can also cite Petra (Jordan), Isfahan (Iran), or Tire (Lebanon) which, in a more natural spirit, are jewels of Arab culture. Because yes, the domination of the West is now over!

The United Arab Emirates is not the last to offer us monuments of great importance either. Like their Egyptian or Lebanese colleagues, the Sheikh Zayed Grand Mosque is a historical gem and the largest in the Arab Emirates. When the Arab Muslim world meets the Westerners, it impresses!

And how to talk about a great mosque without mentioning the Blue Mosque in Istanbul, Turkey! Islamic art is presented to us in its finest form, combined with the imprint of the Muslim religion. Language and culture become one, for our greatest pleasure!

Let us return to nature, to the breathtaking landscapes, and let us quote the Alhambra. Andalusian identity treasure to be preserved, this Spanish city is listed as a UNESCO World Heritage Site, that is to say! Its red walls, which owe it its name (La Rouge,  in Arabic!) Associated with its Andalusian location (not far from Granada) make the Alhambra a splendor of Spain and Western Arab culture.

Finally, a little closer to us, the Maghreb and its beautiful Morocco always welcomed us warmly. The Medina of Marrakech is this symbolic and essential place of this Arabian region.

Full of colors, smells, flavors, it brings a notable attraction to North Africa and gives the Maghreb city a tourist breath between tradition and modernity. A Moroccan trip, which you must have done at least once in your life!

Beyond historical and tourist buildings, cities in themselves are often a solid base for knowing the language, or even Arabic literature.

What are the most beautiful Arabic-speaking cities?

To speak Arabic, taking an Arabic course is useful, but not essential if you choose the right destinations.

Among the most beautiful Arabic-speaking cities where modern languages ​​are a pleasure, at the expense of effort, we could name many. But some stand out, because Islamization has not made everything uniform and unpleasant to live!

We could mention in particular a city in the Arab Emirates, Abu Dhabi, where online Arabic courses are taken in the street with ease. Accessible, beautiful, welcoming, this city has it all. The political and industrial center of the country, the third city of the country, has experienced a dazzling development during the twentieth century.

Some cities have been anchored in the Arab world for much longer. This is the case of Beirut (in Lebanon) or of Amman (in Jordan), jewels of Arab culture, where modern languages ​​have finally never borne their names so well.

A little closer to us, the Maghreb. Between Tunisia, Morocco, or Egypt, there are many sun destinations, where Arabic culture and language are accessible.

Let us take the example of Cairo, where, beyond the pyramids and the ancient museum, there is a very vast metropolis, capital of the country, where different dialects and populations, different environments coexist. A land of contrast, where discovering and speaking Arabic is child’s play!

A few kilometers from here is Morocco, a wild and touristy land at the same time. Fes is a fairly simple and effective base for accessing Arab culture in a pleasant way. An imperial city full of colors, it is focused on an Arabic dialect not devoid of interest when it comes to learning and penetrating the Muslim world. Considered the spiritual capital, the atmosphere is quite different than in another Moroccan city: Essaouira.

A small port city, this Berber city where life is good has all the advantages of a city on a human scale. A heritage in heritage, where the Semitic culture and language mingle, in a healthy and pleasant tourist spirit. It should be noted that the medina has been listed as a UNESCO World Heritage Site since 2001 and that the maritime atmosphere adds this pleasant cachet.

Taking into account the Arabian Nights, literary Arabic, or the advent of oriental arts, the world offers us a slew of cultural treasures not to be missed. Maghreb, Porsche, or the Middle East, anything is good to immerse yourself in Bedouin, Tunisian, or Persian culture. So, a little trip?